The Head of the European Union Delegation to Japan, Ambassador Mr. Viorel Isticioaia-Budura, accompanied by his wife made a short visit at the institute on June-28, 2016. During his stay at IPSR, the EU Ambassador was informed by the IPSR director, Professor Masahiko Maekawa about the ongoing work and projects in the institute that target development of stress resilient crops as practical solutions for future food crisis caused by extensive population growth. While appreciating the importance and excellence of IPSR research, Mr. Isticioaia-Budura showed his genuine intentions to inform relevant sections for research and education within the EU that would further promote exchange between IPSR (Okayama University) and EU countries in the various areas of plant stress research. Following the IPSR visit, Mr. Ambassador and his wife continued to Ohara Museum of Art, and they further visited the historical Kurashiki Bikan quarters. 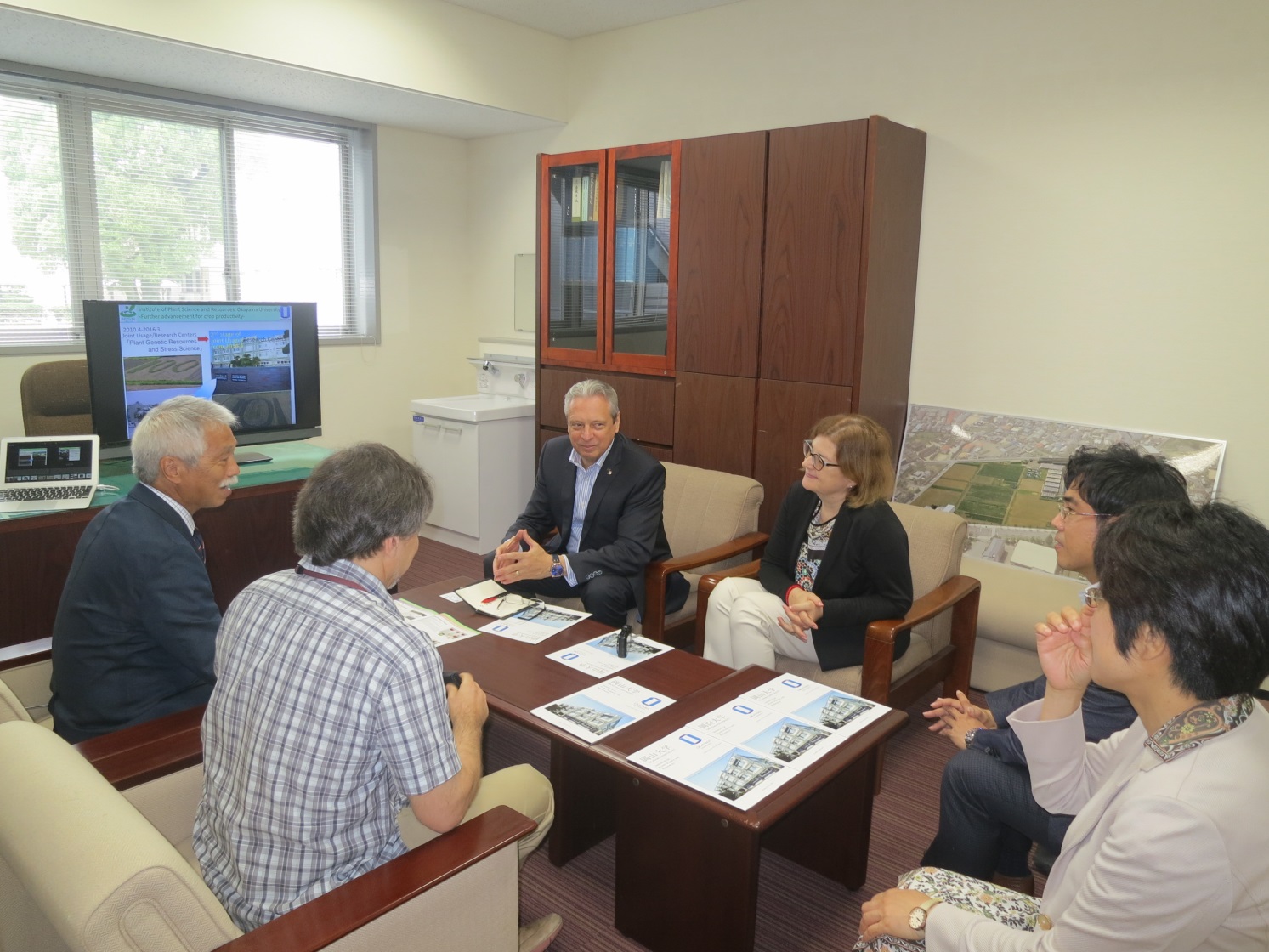 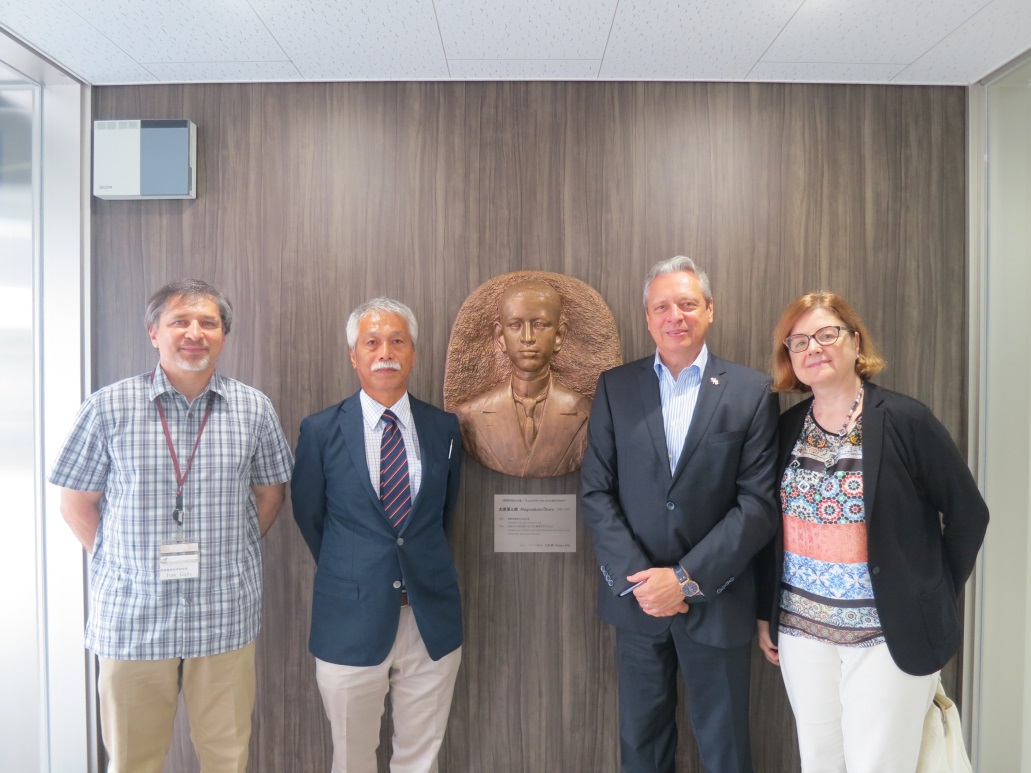