In the last year, a young Makerere University lecturer Cyprian Osinde spent two months at IPSR working on investigations of rice and Sorghum volatiles. These compounds are very important for defense of plants against insects because they attract natural enemies of plant herbivores. These natural enemies then work as “bodyguards” of plants.

Inspired by his work in Japan last year, Cyprian is now working on a full PhD proposal after his successful pre-admission to doctor’s course at his home Makerere University. His PhD will be co-supervised by Prof. Ivan Galis from IPSR (Group of Plant-Insect Interactions) and local Makerere professors. In practice, advanced molecular work and field experiments on Sorghum defense against herbivores will be conducted at IPSR (and other Japanese facilities), which will be scientifically reinforced by the support from another IPSR Professor Wataru Sakamoto (Plant Light Acclimation Research Group), and his Sorghum bioresources. In Uganda, mainly bioassays and collection of samples will be carried out with local Sorghum varieties and natural insect communities in Uganda. According to original plan, Cyprian is expected to defend his PhD thesis at Makerere University in three years from now.

With no time to waste, the first stage of Cyprian’s PhD project is already taking shape during the JSPS Asia-Africa Science Platform Program (AASPP)-supported stay in 2016 (Jul-15 – Oct-14).

We wish Cyprian good luck and successful stay at IPSR in 2016! 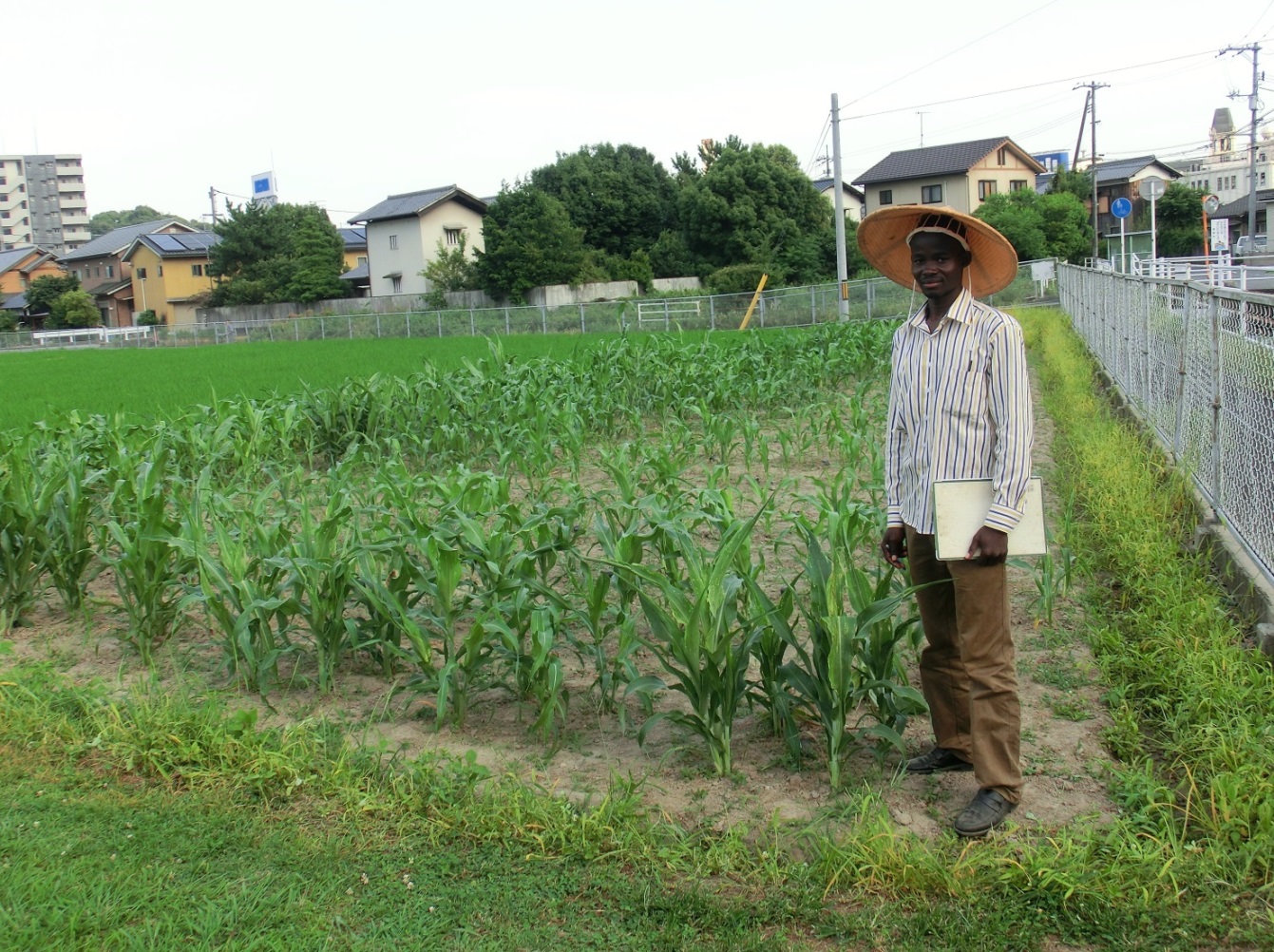 Cyprian Osinde from Uganda in his Japanese field with 22 varieties of Sorghum bicolor plants used for screening of natural resistance traits against herbivores in Japan.